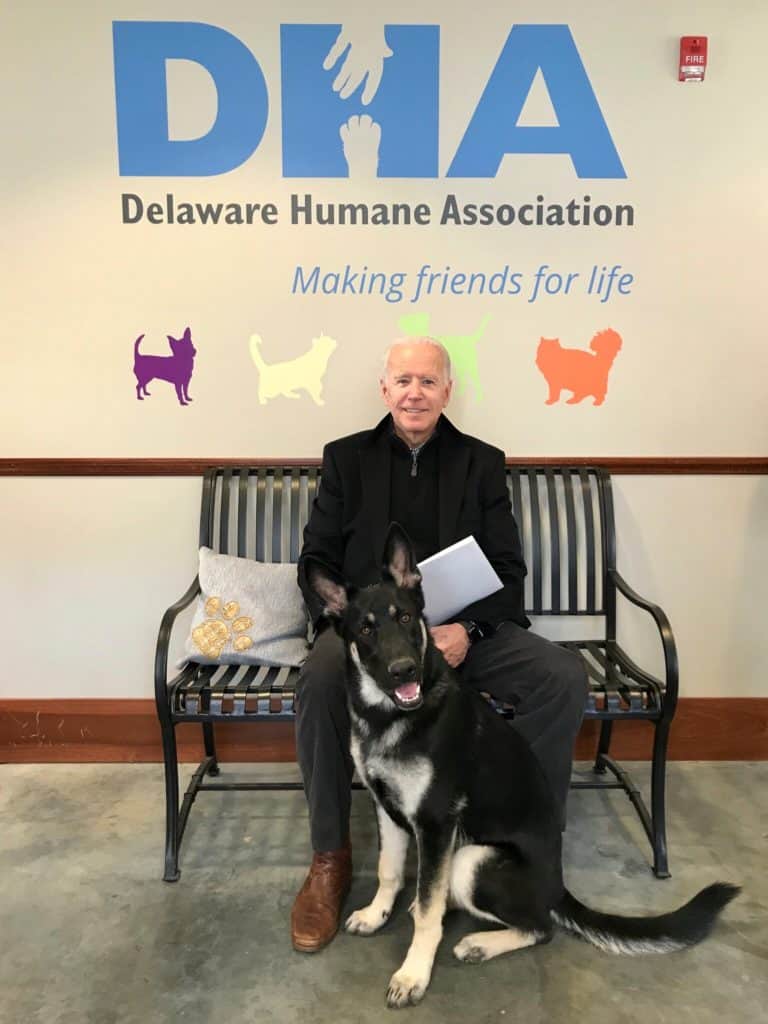 The last four years have seen no pets in the White House, but the announcement of Major drew smiles and applause from animal lovers across the country

Major, President Biden’s shelter rescue dog, has been hitting the headlines for all the right reasons. First adopted by President Joe Biden in 2018, Major becomes the first shelter rescue dog to live in the White House. This is welcome news for many pet lovers who have already taken the step to foster or adopt a dog or cat in need. In this article, Perfect-Pets Books explores the growing trend of high-profile politicians who have famously rescued a pet. If you are interested in rehoming or fostering a dog, Rescue Dogs the Essential Guide by Perfect-Pets Books is a great place to start. Full of essential information, the guide addresses the key points one should consider before taking in a dog and re-homing it. 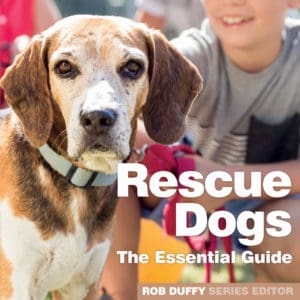 The recent election results which confirmed Joe Biden as the winner of the 2020 U.S. presidential election have sparked a few fireworks, to say the least. However, one of the nicer stories to emerge was the announcement that the Biden family will be bringing their two German Shepherd dogs Major and Champ, to live in the White House.

The last four years have seen no pets in the White House, and this announcement drew smiles and applause from animal lovers across the country. The ASPCA president and CEO Matt Bershadker said: “We’re thrilled the Bidens’ dog Major will be the first shelter dog ever to call the White House his home. This is a wonderful opportunity for people to see how fostering and adopting animals saves lives, helps animal shelters, and brings love and joy to families.”

It has also been hinted by President Biden’s wife, Dr. Jill Biden, that they also have plans to add a feline companion. If so, it will be the ‘first cat’ since George W. Bush’s cat India a.ka. Willie.

Giving a home to a rescue dog or cat has been given a great boost in recent years by high-profile politicians. Across the Atlantic, when Prime Minister Boris Johnson moved into Downing Street, he made headlines with his rescue dog Dilyn. Dilyn was rescued from a breeder by animal charity Friends of Animals Wales before being adopted. He was moved into Downing Street in September 2019.

Dilyn, a Jack Russell, has proved to be quite popular and has a growing following on Instagram. His Instagram page has attracted more than 2,000 followers.

Prime Minister Johnson has not been the only PM to add a rescue to Downing Street. In 2011, Larry the Cat, a rescue from London’s Battersea Cats and Dogs Home, moved into Downing Street. Larry was known for his high chase-drive and hunting instinct developed during his time on the streets and came highly recommended.

Even after David Cameron left office, Larry remained at Downing Street. Larry never actually belonged to Cameron and instead belonged to a civil servant, but his story made great headlines. Larry, the cat, is one of Downing Street cats’ long line, known unofficially as Chief Mouser to the Cabinet Office. One of the most famous and longest-serving cats was Humphrey, adopted in 1989. Humphrey was adopted after wandering into No 10 as a stray while Margaret Thatcher was prime minister. He remained throughout John Major’s administration and eventually moved out six months after Tony Blair won the 1997 general election.

The re-introduction of four-legged companions in the White House will certainly get tails wagging. Although Biden’s dog Major is said to be the first dog shelter rescue to live in the White House, research says this is not entirely true as there was a previous dog rescue. What makes Major special is that he was adopted from a shelter.

According to the fact-checkers at Snopes.com they have found that President Lyndon B. Johnson’s mixed-breed dog Yuki was found by Johnson’s daughter Luci at a gas station on Thanksgiving Day in 1966. Luci officially gave the dog to her dad as a birthday gift in 1967.

Nevertheless, the story of Major is a happy one and it raises awareness about pet abandonment. Animal shelters are desperately in need of owners for the many strays that fill their centers.

Covid has created an explosion of pet ownership with many owners truly appreciating the companionship of their new addition(s) during these difficult months. Equally, reports show Covid has also created a growing number of pet abandonments. These have occurred for various socio-economic reasons, such as unemployment or a lack of research from owners.

If you are interested in adopting a new pet or acquiring a pet from a breeder, Perfect-Pets Books have an extensive range of essential guides for dog and cat lovers that offer advice and information to help owners provide the best care possible. Books such as First Aid for Dogs, The Essential Guide to Dog Rescue, and The Essential Guide to Dog Training act as great complements to Perfect-Pets’ most popular dog and cat breeds essential guides.

To learn more, visit www.perfect-pets.org for further information. Use code Perfect20Off at checkout and get 20% off.

For more great dog-related resources, including dog-training consulting services, set aside some time to receive dog blogs by Acme Canine.